Running a Nashville recording studio for over twenty years, I’ve seen – and heard – an incredible number of vocalists. When it comes to demo singers specifically, I’ve found that the best ones have a very specific and highly developed skill set that allows them to deliver beautiful, compelling renditions of clients’ songs day after day and year after year. As a songwriter, choosing a demo singer goes way beyond simply finding a vocalist with a good voice. I’ve put together a list of some of the most important things to look for when choosing a demo singer in order to help you decide. 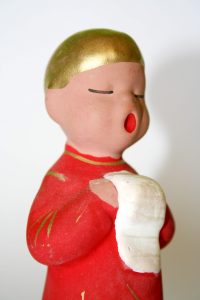 On some level, of course, a great demo singer simply has to have a great voice. But what defines a great voice? Well, first and foremost is a compelling natural tone. By this I mean simply the way the singer’s voice sounds. However, beyond that, there are many other factors that comprise vocal talent. The singer’s pitch, natural sense of timing, their range and even how clearly they’re able to enunciate all play a part in a great vocalist’s talent. Without being too vague, there’s always going to be an element of “you’ll know it when you hear it” that helps you decide but the above mentioned factors are all part of that “it.” I still remember some of the first studio singers I ever worked with and how their voices seemed to almost jump out of the speakers. There’s an unmistakable sense of confidence and control that truly talented vocalists exhibit.

Another thing that I look for is a vocalist who has a distinctive sound to their voice. It makes life much easier when I know that if I’m looking for a clean, contemporary country voice, I can go to one singer and a raspy, edgy rock voice, I can go to another. The more a singer has a signature sound, the easier it is to know when and on which songs to use them. However, it’s equally important that the voice not be so unique that it distracts from the main point of a demo (short for demonstration remember…) which is to sell the song and not the singer. A final note/word of warning regarding the sound of the singer is that it’s always better to look for a singer whose voice is in the ballpark of the artist you’re considering pitching the song to as opposed to a singer who sounds exactly like that artist. I learned this lesson the hard way many years ago when my co-writer and I brought in a demo singer who sounded exactly like Vince Gill. Unfortunately, after pitching it to him, Vince Gill didn’t cut our song and then any artist we pitched the song to after that suggested that we pitch the song to Vince Gill because it sounded like it would be great for him. Remember that you’ll be pitching your finished demo for lots of different opportunities over many years so try not to pigeonhole it with a voice that’s too specific.

I think it’s important to stress that being a great singer with a signature sound isn’t enough. Singing in the studio is dramatically different from singing live. The ability to give an accurate, dynamic, emotional performance in an artificial setting like a vocal booth, is a skill set that has to be developed over time and with many, many hours of trial and error. Also, it takes serious skill to work a studio microphone. Knowing when to get closer and pull back, when to look off to the side to avoid plosives (that popping “p” sound) and generally how to make the most of the microphone not only makes my job as an engineer easier but leads to a more natural vocal delivery and sound. A great demo singer knows their way around a studio and does exactly what it takes – no matter how seemingly unusual – to make their voice sound great in the mix. 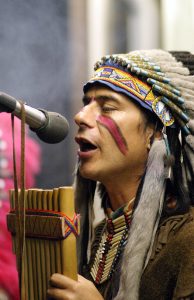 4. The ability to sing their own harmony/background vocals

One of the things that sets great studio singers apart from great live singers is their ability to harmonize with their own voices. It’s not unusual for a demo singer – after singing the lead vocal to a song – to go back to the choruses and overdub harmony vocals to allow the chorus and various other lines in the song to blossom and sound more full. Not only do these singers have great voices but they also have the ability to quickly find harmony parts and then match their own phrasing to deliver a beautiful second and sometimes third vocal part. I’ve found this to be particularly effective on demos that are only a single instrument (guitar or piano) and a vocalist as it gives the impression that the production is fuller than it actually is. It should be said that not all great studio singers have the ability to harmonize with themselves. A demo singer who isn’t able to harmonize with him or herself has to have a voice that is so compelling and unique that it’s worth bringing in a second vocalist if harmony is required. I have to say that this is pretty rare and, as a producer, I’m much more apt to hire/suggest a vocalist who can also sing harmony and background vocals with their lead parts. I’ll never forget the first time I heard a studio singer record their own harmony. It happened so beautifully and quickly that it seemed almost like a magic trick. And speaking of quickly…

As a studio owner and producer, I appreciate when a singer works quickly and efficiently for a variety of reasons. First of all, it keeps the session running smoothly and focused on the music instead of any delays or distractions. Also, of course, the less time we spend tracking the vocal, the less time my client is paying for which makes them happy. A happy client makes for a returning client so whatever the demo singer can do to move quickly and easily through a song is appreciated by everyone involved. When I got started recording singers, I assumed that they all took as long as I – a studio novice – did to record. It was truly stunning to me that a singer could come in already knowing the song and be in and out of the studio in well under an hour. At the end of the day, it’s always the final vocal performance that counts and speed for speed’s sake means very little but good AND fast is a pretty great combination.

Even a demo singer with all of the above attributes still doesn’t have everything it takes. A great attitude is essential. The best demo singers understand that they’re for hire and they’re there to make the client happy. They’re well aware that their job isn’t to have an opinion about the song but, rather, to make certain the client is getting exactly what they want. Often, clients can be intimidated by the talent of the demo singer but, again, the truly great studio vocalists are both approachable and open to the client’s suggestions. The ability and willingness to respond to client requests graciously is something I notice immediately in a singer especially when it isn’t there. And, speaking of which, there have been a handful of times in my years of studio work where a singer has dropped the ball completely. I once had a singer – one I will never, ever use again despite his prodigious talent – actually yell into the vocal mic that he wasn’t going re-sing a line the client requested he sing with the proper melody. Not only was the singer unprepared but his bad attitude sealed the deal. I thanked the singer, sent him on his way and – after profusely apologizing to my client – brought in another singer to do the song at my own expense. Singers like that rarely have long careers as demo vocalists nor should they.

Right alongside attitude comes professionalism. Having to wait for a late singer to arrive is unacceptable in my book. I expect my demo singers to come on time – if not a little early – having listened to and learned the song. And, lest you think that this only applies to new, hungry vocalists looking for work, I’ve got a great story for you. I once had the privilege of working on a project for my friend, Tom, where he invited one of his friends to come sing on his song. Not only did his friend show up early but she also knew the song cold and made absolutely certain he was happy with her work before we stopped. If Emmylou Harris can do that, then ANY demo singer can do it. 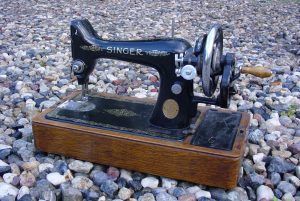 Bonus Tip: Don’t use the same demo singer on every song

It’s easy to fall in love with the voice of one of your demo singers but I’d highly recommend using a variety of singers on your songs. This way, you’ll have the ability to pitch songs to the same publishers, labels and artists without having them feel like all of your songs have the same sound. That being said, I wouldn’t worry as much about using a demo singer whom you like even if they’re currently working a lot in studios around town. Demo singers come in and out of vogue and quality demos last many years so someone who’s used a lot now might not be a familiar voice a couple years from now. In other words, if a singer is doing a lot of demos currently BUT he or she is the right voice for your song, I’d still say use them.

It’s important to remember that a demo singer can make or break your song’s presentation so it pays to choose wisely. Keeping the above tips in mind will help you find the kind of singer that not only gives you a great performance and a great studio experience but also helps keep your demo costs down by being prepared and easy to work with. In case you’re wondering, most studio owners and producers have a list of “go to” singers that they can recommend based on the kind of song you’re hoping to record. So if you’re uncertain about finding a singer for your song, don’t hesitate to ask us whom we’d recommend.