“Which do you write first, the music or the words?” This is the classic question that all songwriters get asked. In my experience, there’s no easy – or correct – answer to this one. Sometimes it’s the music, sometimes it’s the lyrics and, often, it’s some mystical, organic combination of the two. More importantly, there is no one way to write a song. Some of the best and worst songs ever written were created using the same techniques. To that end, I’m going to cover four different songwriting methods and some of the dos and don’ts you’ll want to keep in mind as you go through each one. 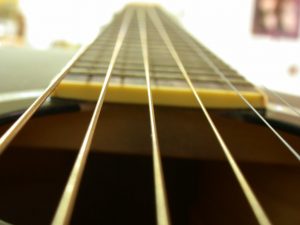 1. Writing based on a title idea/lyrical hook

Coming up with a really catchy title or lyrical hook is an art in and of itself. If you’ve got one, congratulations. Now that you’ve got it, here are a few things to keep in mind.

Do – remember to make sure that everything in your lyric points to and supports your lyrical hook. Having a catchy hook only works if you build a foundation around it so that when the hook arrives, there’s a sense of drama and release.

Don’t – forget to give the song real emotional content. It’s possible to be so focused on the hook and setting it up that you forget to be sincere. While the average listener might not be able to tell you why, the song won’t move them in the way that a song with genuine emotional content would.

2. Writing based on a general idea/lyrical concept

Sometimes you’ve been through an experience or have an idea for a song that feels important enough to write about. That’s as good a place as any to start.

Do – capture the feeling and emotion of your concept. You obviously felt strongly enough to want to write about this idea so immerse yourself in it and really tell the story.

Don’t – be too vague. Because you haven’t started with an actual lyrical hook, you’ll need to remember to bring your overall concept to a very sharp point by summarizing it with a phrase or hook line. This hook is something you’ll hopefully come to as you’re developing your lyric around your idea. A story without a summarizing point or hook risks being too unfocused to keep your listeners’ attention.

3. Writing from a melodic idea

If you’re a melodic writer, then you’ve got a different set of challenges. Beautiful, catchy melodies are a rare commodity and should be treated with the appropriate respect. 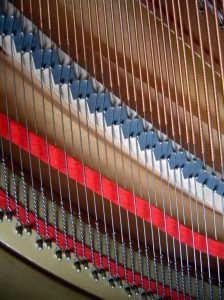 Do – honor your melody and build your song around it. Remember, people will learn your melody loooooong before they learn your lyric so having a good melody is not to be taken lightly.

Don’t – let the melody box you into awkward words or watered-down phrases. While a beautiful melody is one part of a song, it’s not the only part. Cramming in words or compromising on lyrical integrity isn’t an acceptable approach when writing from a melody. Remember, it’s the give and take of a catchy melody and a natural, conversational lyric that makes for a great song.

4. Writing from a chord progression/groove

When you pick up your guitar or sit down at the piano, often it’s a chord progression or groove that comes first. Great!

Do – dig in and develop the groove and feel. This can really set the mood of a song and inspire all kinds of interesting melodic and lyrical ideas. Also, a good groove is the very first thing the average listener will notice when they hear your song.

Don’t – rely on a chord progression or groove at the expense of your melody and lyric. This is no time to get lazy. A chord progression and groove in and of itself is only – in most genres – an arrangement idea which doesn’t really constitute a song. Without a strong melody and lyric, it’s entirely possible to have a great sounding track and, unfortunately, a mediocre song.

As I stated at the top of this piece, there isn’t one “right” method for writing a song. I’d highly recommend trying every possible songwriting approach you can. Often, as songwriters, we find ourselves in a rut where we go back to the same approach over and over. While this may be comforting and even result in increased productivity, in the long run, it might not provide you with the most inspired or unique songs you’re capable of writing. Why not leave your comfort zone and try a couple of different ways of writing? You never know what you’ll get.