To Stream Or Not To Stream

Thanks to Shannon O’Keefe at ConsumersAdvocate.org and author, Leslie Cook,  for this thoughtful article…

For singers and songwriters looking to break into the music scene, online streaming services have become one of the main ways of getting their product before a wider audience. Being able to present your music to a larger number of people can help you get the attention of music industry executives and, potentially, get your songs recorded and distributed. Although you may have concerns about presenting your songs to the general public without necessarily having a publisher or recording contract, the advantages you gain far outweigh any negatives you can think of. 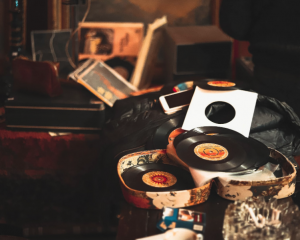 Why You Should Be On a Music Streaming Service

Ever since Napster first hit the scene back in the 1990s, music streaming services have become one of the most common ways of listening to music. During the first half of 2019, paid subscriptions for streaming services surpassed the 60 million mark for the first time, generating $5.4 billion in total revenues. It’s estimated that streaming platforms reach about 67.5 million people per week. You won’t find a potential audience that large anywhere else except on the radio, and for that, you’ll need a recording contract. 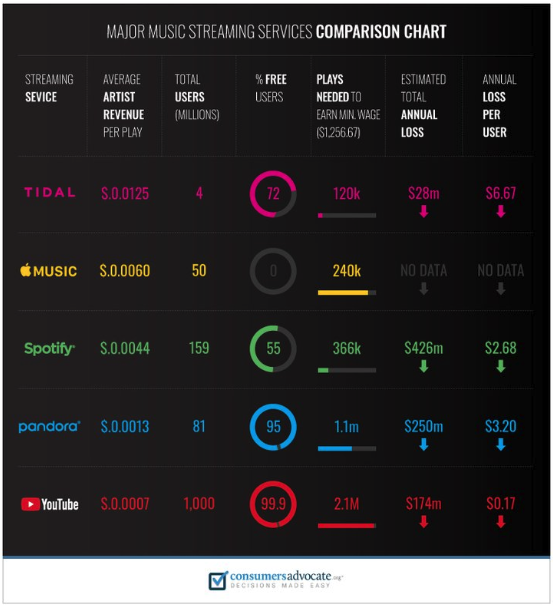 The Best Streaming Services To Be On

The largest streaming services, like Spotify, Apple Music, and Pandora are going to be hard to get on if you don’t have a publisher or aren’t already an established artist. But you have other options. The best one is YouTube. Justin Bieber, Shawn Mendes, and Carly Rae Jepsen, among others, all got their start on YouTube. It’s a great way to get your songs out to a large audience for free. Be prepared, however, for both positive and negative feedback, and don’t be discouraged if your song doesn’t get a lot of attention at first. Think of it as an opportunity to learn and get better.  Another option is SoundCloud. Although best known for the “SoundCloud Rap” genre of music, you can upload just about any genre, with the added option of being able to track your song’s streaming statistics and interact with your audience. This service is a great place for new and up and coming artists to present their music and start building a fan base.

Get Paid for What You Love to Do

All streaming services are going to pay royalties to an artist on their playlist. Granted, you’re not going to make a lot of money at first, unless your song really catches on and racks up a bunch of likes, but sometimes when you’re starting out it’s nice to see a little bit of money coming in as a result of all your efforts. It can help build up confidence and reaffirm that you’re on the right track with your music. Different streaming services will have different royalty pay scales, so how much you can earn will depend on how much they pay their artists. You can find more detailed information on streaming services and how they pay royalties at Consumersadvocate.org, including a Royalties Calculator that lets you compare what different streaming services will pay in royalties, depending on the number of streams you have.

If you have any doubts about putting your music out on social media or streaming services, put them to rest. The opportunity to showcase your talent to such a large audience by itself should be enough to convince you to do it. After all, getting people to listen to your songs is why you started writing them to begin with.

Talk to a pro about your songs and the music biz