Four Advantages for Songwriters Starting Their Own Record Labels

Above and beyond the wailing and gnashing of teeth that accompanies most conversations about the changes in the music industry, it’s worth mentioning that it has never been easier to make and distribute your own recordings. Choosing the glass half full perspective, I’ve decided to focus on some of the exceptional advantages available to you songwriters who choose to start your own labels to represent either your own catalog – if you’re the artist – or the recordings made by your collaborator who is the artist. There’s no reason to wait around for a major label to sign you or the artist you’re writing with. You can do it yourself. 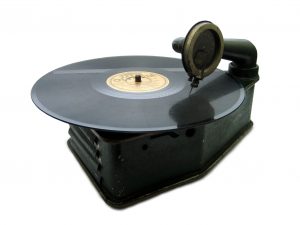 1. You’re actively participating in your own career

I spent many, many of my early years as a songwriter standing by and hoping that either one of my songs would get cut or, better yet, an artist I was writing with would sign a deal with a major record label. The problem with this approach for me was its passivity. Songwriting and my career, I decided, meant way too much to me to sit around hoping good things would happen. By biting the bullet and starting my own small label to represent and distribute recordings of my artist/collaborators and our co-written songs, I was taking an active step towards getting my music out in the world. Not only did this feel good on a spiritual level, but I quickly began to see the financial advantages as well.

2. You’ll own your own master recordings

By making the best professional recordings of your co-writes you can, you’ll gradually begin to amass a collection of “master recordings” that you’ll be able to sell in a variety of ways. If the artist you’ve collaborated with performs often, you’ll be able to make income as co-owner of the master when your co-writer sells your music online or at their shows. Also, by pitching your master recordings for film and TV opportunities, you stand to gain income not just as a writer on the song but as the owner (or co-owner with your partner) of the master. This represents twice the income you would have made if another label placed your song.

Necessity being the mother of invention has never been more true than during these changing times in our industry. Once you’ve decided to start your own label, it’s going to be up to you to find new and unique ways of exploiting your recordings. While we’d all like a song in a major motion picture or television show, think about options that might be a bit more obscure but just right for one of your songs. I’ve had friends write whole concept albums just to pitch to a nationwide retailer who they where hoping might consider selling the music in their stores. Be creative. This is the time for it and the rewards might surprise you. 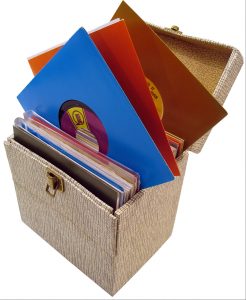 4. You’ll be reminded that songwriting is a business

One of my all time favorite quotes “they don’t call it the music ‘friend’ or the music ‘nice'” applies here. It’s easy for us creative types to forget that we’re not just making music but running businesses. By starting a label and promoting your songs, you’ll be forced to think of what you’re doing as a business as well as an art. This can only help you in the long run. Writing great songs is a gift in and of itself but finding ways to generate income from your music is a skill set well worth developing.

If you’re a songwriter who is either an artist yourself or has a body of work you’ve co-written with an artist, starting a small label can provide some great income-generating options for you. By looking at your songs and your recordings as valuable property and marketing them that way, you’ll put yourself in a position to not only make money but also hold on to your recordings so that your payments will be twice as lucrative. As with anything, this takes a good amount of work but if you believe in yourself and your songs, it could well be described as a labor of love.