Four Things Songwriters Need – But Might Not Want – to Hear

When I think about the mental state of my younger songwriting self, I see a mixture of bravery, idealism and a healthy dose of misinformation. While I wouldn’t trade any of my experiences, it might have been nice to receive a friendly warning or two along the way about the realities of my chosen profession. In that spirit, songwriters should consider the below not as an attempt to discourage but rather an opportunity to set reasonable expectations on your way forward. 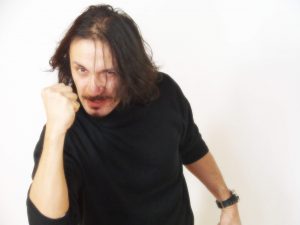 1. It’s not just about your talent

I believed – whether I ever actually said it aloud or not – that if my songs were just good enough, the music industry would beat a path to my door. In other words, it was going to be my musical talent that made everything happen. Unfortunately, while talent is an essential component to songwriting success, it is also the least common denominator once you get past a certain point. The truth of the matter is that elements like your work ethic, peer network and business savvy play a much bigger role than we’d like to admit. Remember, if you’re hoping to make money from your songs then you’re running a business and all the rules of successful businesses apply. Just as it’s not enough for a company to have a good product if they don’t market it, it’s not enough to have great songs if you don’t take all the necessary steps to get them out in the world.

2. It’s going to take longer than you think

If I’ve learned anything in my twenty-plus years of writing songs, it’s that nothing in our business happens as quickly as we’d like. Publishing deals, first cuts, singles, royalty checks happen at their own pace which is rarely the pace we’d choose. I only mention this to make clear the value of patience. With patience, you’re less likely to get discouraged and more willing to get up every day and make the slow and steady progress towards your goals. 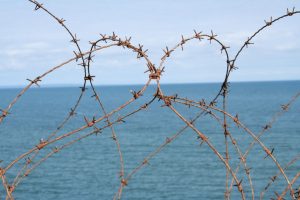 “You just need one good song” is one of those sentences that does more harm than good. I suppose it’s meant to encourage songwriters to write a “hit” but, in actuality, it plays on a myth that a single song makes a career. Writing songs is a skill and you may have to write hundreds of songs before you have any measurable success with any one of them. I did. The danger in thinking that it’s just one song is that you’ll be tempted to skip out on the work and, instead, hope for the inspiration that’s going to give you one great song. If you’re planning on a sustainable career as a songwriter, you’re going to need LOTS of good songs. Do the work.

4. Don’t write songs for the money

I read somewhere that writing songs for the money is like getting married for the sex. While I won’t delve too deeply into the marital side of that equation, I can safely say that if you write songs only in the hopes that they’ll pay off financially, you’re in for a lot of frustration and disappointment. The key, in my opinion, to being a successful songwriter is the ability to wake up hungry to write great songs for their own sake. This is a way of sustaining your passion through the lean times (of which there are many for even the most successful songwriters). The money, if you learn your craft and work every day towards your goal, will come but the goal should be writing the best songs you can no matter what.

I feel the need to repeat that this article is not designed to discourage but instead to temper any unrealistic expectations you might have so that you can go about the business of being a successful songwriter in every sense of the word. If you’re fortunate enough to have found a passion like songwriting in your life, you owe it to yourself to treat it with the respect it deserves.