Six Ways to Make the Most of Your Songwriting Consultations

As a songwriter, there comes a point where you’re no longer content just to have finished a song. You’d like to know how it measures up to the songs that are out there generating income. Early on, songwriters are so close to their songs that it’s really hard to have any perspective in that regard. This is where consulting with an industry professional can make a big difference. To that end, the better prepared you are to take advantage of your time with a pro, the more effective – and enjoyable – your consultation will be. I’ve put together a few things for you to keep in mind so that you’re best able to make the most of your professional song consultations.

1. Don’t bring in songs that you think are great as they are

It’s been my experience that a certain percentage of the people who hire me for a consultation are really just looking for someone to tell them they’re great. While I’m always happy to tell a songwriter doing great work that very thing, my assumption is that I’m being hired to look for ways my clients can improve their work. If you’re already confident that your songs are top notch and just want to hear that, start pitching your songs to industry decision makers where something good can happen. 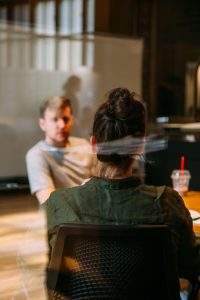 2. Don’t bring in songs that are already professionally recorded

Generally, the time for a song consultation is before you’ve spent any significant money recording them. Since consultations are based around the idea that there will be suggestions made on how you can improve/change your songs, it doesn’t seem financially prudent to spend good money producing a song until you’re certain it’s as well-written as it can be. That being said, if you’ve spent the money but are still willing to hear that things might be improved with a re-write, then don’t let the money you’ve already spent stop you. Ideally, though, consultation first and professional recording after.

As a full-time songwriter myself, I completely understand the attachment to our songs. Often they come from a deeply personal place and represent a significant investment of emotional energy. However, if your goal is to grow and improve your craft as a songwriter, it’s worth learning to hear – and act on – constructive criticism without getting defensive or hurt by comments on ways your song might be more effective.

Early on in our songwriting careers, we often tend to default to one way of writing songs. That’s fine but there are many, many other ways to approach songwriting and being willing to broaden your creative palette can result in new and rewarding results. I’m not asking you to abandon your tried and true approach but, rather, to consider other approaches as equally valid and worth exploring.

5. Remember you don’t have to agree (just know why you don’t)

I tell all of my consultation clients the same thing. “Two things will make me happy. One, you hear something I suggest and agree that it will help improve your song or, two, you disagree with one of my suggestions and can tell me why.” More than anything, your songwriting should be a conscious process of decision making based on your vision for your song. This will allow you to consistently write at a high level. Breaking the “rules” of songwriting is great as long as you know why you’re doing it. Writing great songs by accident is no way to build a songwriting career.

To truly take full advantage of the limited time you have with your industry professional, make it a point to take in as much information as they have to offer and keep your comments to a minimum. I completely understand the temptation to explain your song and the story behind it but the reality is that when someone hears your song on the radio/streaming, you won’t have the luxury of any explanation so better to let your songs speak for themselves.

Early on in your career, a few well-timed song consultations can do a lot to help you focus your songwriting efforts and bring your songs up to the next level. I will also say, however, that there will come a time when you will simply have to trust your work and all of the efforts you have made perfecting your craft and just “know” that your songs are as well-written as they can be.