Four Ways Simplifying Your Lyrics Can Make Your Songs Better

In my early years of running my recording studio in Nashville, I had the privilege of demoing songs for quite a few hit songwriters. This provided me with the opportunity to observe, up close, not only the work habits of super successful songwriters but also an in-depth look at what made up their songs. I’ll never forget the first time I glanced over at the lyric sheets of one of these songwriters. There was almost nothing on it! I was so used to putting every single thought and feeling down in my lyrics that I wasn’t sure what to make of a lyric that cleanly and concisely picked a moment in the human experience, described it and was done. Over the years, I’ve come to truly appreciate the power of a simple lyric. Here are a few of the reasons you should give serious thought to keeping your lyrics as simple as possible. 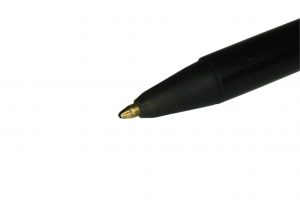 1. Simple lyrics are easier to remember

One of the keys to getting people to listen to and like your songs is to give them something they can remember. The sooner your listener can remember your lyric, the sooner it will get stuck in their heads and the sooner they’ll start to sing along. I’m not saying your lyrics shouldn’t be about important subject matter. On the contrary, the more simply you can express a serious concept, the more quickly your listeners will get it.

2. Simple lyrics are easy to learn

If one of your goals for your songs is to have an artist cut them, it never hurts to put yourself in the artist’s place. The simpler your lyric is, the easier it will be for an artist to learn. Whether a song is easily learned or not is not the ultimate goal but it certainly can’t hurt. It might be the deciding factor between two songs that an artist is considering. It’s hard enough to get a cut as it is, why not give yourself every advantage?

3. Simple lyrics force you to get to the point

One of the hallmarks of a great lyric is that it reaches out and grabs a listener immediately. It doesn’t spend a lot of time working its way around to the message of the song, actively draws the listener in with only the essential information and then nails them with the chorus. By keeping your lyric simple, you won’t have any choice but to say what you mean in the most powerful, effective way. 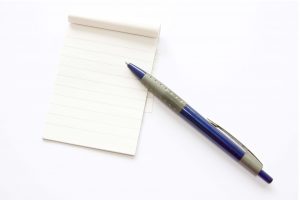 4. A simple lyric will match the average listener’s attention span

Given that it’s not just going to be our moms listening to our songs, we should realize that the typical listener is not only easily distracted but only devotes a small part of their already short attention span to what you have to say. You’ve only got a limited amount of time to convey your message. The more straight ahead your lyric, the greater the likelihood you’ll get your listeners attention in the minuscule amount of time they’ve unconsciously allotted your song.

Instead of an in-depth conclusion, I thought, instead, I’d describe the lyric for one of the most popular songs of all time. The Temptations “My Girl.” The lyric consists of three verses – two lines each – and a two-line chorus. Eight lines in the entire lyric! Now that’s what I mean by simple.