As a part of my work with new songwriters, I spend a decent amount of time consulting with them about their songs. One thing that I’ve noticed is that there’s a tendency for new songwriters to look at critiques as a direct means of making their critiqued song “better.” However, it’s my belief that even – or especially – if you don’t agree with any or all of the suggestions, there are still very valuable lessons to take away from any professional song critique. 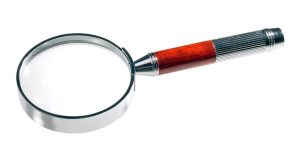 1. You’ll gain an outsider’s perspective on your songs

Given that all songs start in our heads, it’s doubly important to be sure that your song’s message is clear to the rest of the world. This means the people who weren’t inside your head when you wrote the song. When it’s not clear to the person critiquing your song what you’re attempting to communicate, it might be worth considering whether what you’re going for is clear to the average listener. I’ll go one step further, when a person critiquing your song listens to your song they’re listening much more attentively than the average listener will so if it’s not clear to the reviewer, it’s likely it will be even less clear to someone not giving your song their full attention. All this to say, you’ll learn how to look at your songs more objectively to be sure they’re clear to all listeners.

2. You’ll get tips you can apply to your songs going forward

Given that songs are art and art is subjective, you’re most likely not going to agree with every suggestion made in a critique. However, many of the principles behind a particular comment or suggestion are principles you can use in your songs going forward. For example, if a suggestion is made to use more concrete imagery in your verses but in the song being referenced you feel that concrete imagery isn’t the way you want your story to be told, using concrete imagery is still a rule worth keeping in mind for the verses of any songs you may write in the future.

3. You’ll find out what you’re doing that works so you can repeat it

On the flip side, often in a critique you’ll hear that your reviewer liked a particular element in your song. Use these compliments not only as a way of feeling good about your songwriting but also as a way to learn why something worked so you can repeat it in your future songs. Getting lucky and doing something right isn’t as solid a songwriting skill as knowing why things work and doing them consciously. 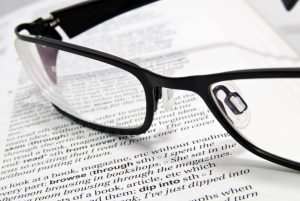 4. When you disagree, you’ll learn what’s important to you

It is – I hope – common knowledge that you, as the songwriter, don’t have to agree with everything that your critique suggests. As a matter of fact, it’s much more important that when you don’t agree, you take the time to think about why. At the end of the day, you’re in the process of finding your voice as a songwriter. The more clear you are on what you’re trying to achieve in your songs, the more personality your songs will have and the greater the chance you’ll connect with your audience whoever they may be.

More often than not, if the person critiquing your songs has significant industry experience, they’ll be applying a set of established rules as to what does and doesn’t work in the bulk of songs written for the commercial market. So instead of looking at a critique as a way to fix a particular song, it’s probably a better policy to think of it as a way of learning some of the unwritten rules of professional songwriting. I’m not recommending that you agree with/follow every rule but I am suggesting that when you break one you be aware that you’re doing it and know why.

8 responses to “Four Unexpected Benefits of a Professional Song Critique”