Whether you’re writing a song by yourself or collaborating, the time you set aside to create is valuable. Making the most of your songwriting session is a goal worth striving for each time you sit down to write. Below are a list of tips that will help you squeeze every ounce of effectiveness out of your – often limited – writing time. 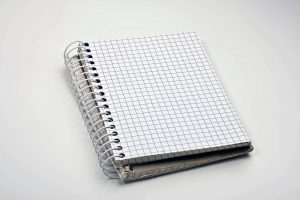 It doesn’t matter whether you’re writing alone or co-writing, if you’ve set a time to write, don’t be late. It’s too easy to think that just because you’re doing something creative it’s ok to be loose on your start time. Sticking to your schedule honors the creative process and puts you in the best position to actually write that day. Often, starting fifteen minutes late becomes thirty minutes late the next time and might even lead to routinely skipping scheduled appointments. Think of songwriting as a job and one that deserves at least as much respect as any other job you do.

While distractions have always been an issue for songwriters, in the years since I started writing songs it feels as if they’ve multiplied exponentially. Above and beyond the fact that answering a non-urgent phone call or responding to a text isn’t great etiquette under any circumstance, and can do real damage to the creative flow of a session. My recommendation would be to turn off your phone and your email any time you’re writing. If that’s not possible – say you’re a parent – then at least be extremely selective about the calls you choose to take. Don’t text and write! 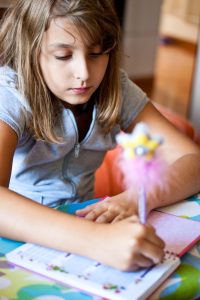 3. Don’t edit too harshly early on in your session

In our quest for songwriting perfection, songwriters tend to want to get every note and every word exactly right before moving on. This can be very rewarding if/when it works but, more often than not, it can bring a writing session to a grinding halt. In my experience, the flow of a session takes precedence over the exact right melody or lyric. Getting the overall shape and feel of the song down sooner rather than later will give you the confidence to go back and edit more stringently later on. Sometimes it’s better to use a “good enough” line with the understanding that you’ll come back to it later and move on. Momentum is your friend.

4. Make sure you’re sticking to the main message of your song

As you work your way through your song, it’s a good idea – once you’ve identified it – to make sure that everything you’re writing works in service of your hook. The best way to do this is to look up every once in a while and simply ask yourself the question “Is this helping support my hook?” If it’s not, back up a step and find a line that does. A good hook is like the punch line of a joke. It won’t really work unless the setup does its job. Everything you write should be designed to set up and deliver your hook in the most effective way possible.

5. When you’re stuck, get up and walk around

In the process of writing a song, it’s not unusual to get stuck on a particular line or melodic element. The tendency is to dig in and really concentrate on that particular problem. After you’ve done that for a while – and if it isn’t working – it’s amazing how often the simple act of getting up and walking around the room can bring you a solution. I wish I could give you a scientific reason why this works. I can’t. It just does. 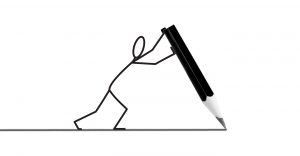 A trick I learned years ago was to keep some kind of recorder running during the entirety of my writing sessions. This is useful for a few reasons. First, you actually have a record of the writing of the song which can be fun to look back on years later. Secondly, and more importantly, a lot of the creative process is about spontaneously suggesting lyric ideas or singing melodic ones over a period of time. Sometimes, you’ll want to refer back to something you sang a few minutes previously and that live, in-room recording can be a lifesaver.

Speaking of recording, I’ve found it’s always a good idea to make a rough recording of your finished song at the end of the session. When it comes to finishing touches and final edits, listening back to your rough recording will allow you to hear your song as a listener would. This often reveals little flaws that you wouldn’t have noticed if you were playing and singing the song and trying to edit at the same time.

Songwriting is a mystical and inspired art form. That being said, there are lots of things you can do to bring a little professional discipline and structure to the process. If songwriting is something that you’re hoping will generate income for you one day, then it would seem to make sense to be as productive and focused as possible.