How Not to Suck at Songwriting

My friend and longtime collaborator, Kevin Fisher, is a multi-platinum selling songwriter based in Los Angeles. Rascal Flatts, Sara Evans, Uncle Kracker and many others have recorded his songs. As an artist himself and a writer for others, his songs are being played all over the world. In this article, Kevin shares some of his hard-won and insightful experience.

I have no idea.

And most of my hit songwriting friends don’t know – or can’t explain – either. You simply have to write a lot of songs to figure it out. No book, lecture or article is going to teach you what writing a lot of songs will teach you. It’s like riding a bike. You can’t explain balance without losing it and regaining it. You have to get on and fall off before you understand. Songwriting is experiential. So go ahead and write lots of bad songs. You will eventually bump up against brilliance.

So along the road to not sucking, I offer you a few penetratingly obvious, yet frequently missed, observations: 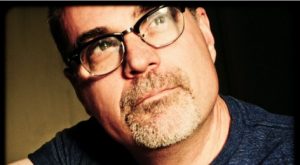 Most songs are between 2 and 4 minutes, have about a 12 second into, rhyme, get to the chorus in under a minute, are about love and relationships and have a big repeatable, sing-able chorus.

So do what you want at your own peril or reward.

2) Fall in love with the sound of words

Words work together in the following ways:

Alliteration (a word starting with the same sound – “practice/parochial”)

Meter (the rhythm of words – http://en.wikipedia.org/wiki/Meter_(poetry)

Why does “Flowers floating in the breeze” sound better than “Chicken recipes cooked poorly”?  The first phrase has alliteration, a common and pleasing rhythm (trochaic quadrameter) and the “s” in “flowers” dancing with the “z” in “breeze”. The other phrase is staccato, has no alliteration, and is, well, stupid.

If a particular fact doesn’t help the song, change it. If you are writing a song about the woman who gave you your first broken heart, and you remember that she drove a yellow Honda Civic, don’t write a whole verse about the car just because you read in a book somewhere that you should include detail in your songs. Always keep your main point in mind. Forest, meet trees.

Phase One: Guitar/Vocal
Do a simple guitar/vocal, either on your computer or handheld digital recorder, and listen back many times. Don’t waste time or money before you are confident that the song is as great as it can be. I have wasted valuable beer money on demos that I later changed because the song wasn’t right.

Phase Two: Studio
Go to a studio with an experienced engineer and musicians, then trust them. These folks do demos everyday. I have a friend who’s written many hits tell me, “I go into the studio with racehorses…and I let em’ run!”

As you gain experience, you may want to start producing your own demos. I’ve gotten to the point where I think of every demo as a master recording – for two reasons:  1) Your arrangement just might be THE arrangement. Most of my cuts sound exactly like my demos. 2) You can pitch the song to film and tv and possibly make some money. Film and tv placement has become a powerful secondary market for songwriters. For some it’s a primary market. But that’s another song.

8 responses to “How Not to Suck at Songwriting”