Four Things to Try on Your Next Co-Write

Once you’ve begun co-writing your songs and have a few positive experiences under your belt, it might be worth injecting some new variables into the equation. This can be good for a variety of reasons including never letting yourself get too comfortable at the expense of your creativity and keeping your mind focused on the session. In my experience, anything you can do to keep your co-write fresh and inspired is well worth a try. 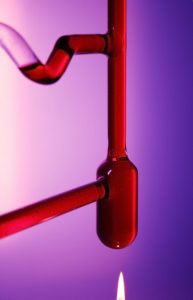 1. Go in with nothing

If you’re relatively new to the co-writing game or simply set in your collaborative ways, it can seem daunting to consider going into a writing session and just seeing what comes up instead of meticulously preparing in advance. While there is real value in giving consideration ahead of time to your lyric concept, melody or some combination, the risk is that you’re missing an idea or hook that could arise spontaneously in conversation. Why not take a deep breath and show up to your next co-writing appointment with nothing but a willingness to work on whatever comes up?

Over the years, one of the things I’ve come to trust most in my writing are my first instincts. There’s something powerful about an idea that springs up from your subconscious before you have a chance to give it too much thought. I used to think and rethink and question everything that came to mind while I was writing and I believe there’s real value in exploring all your options especially as you’re learning your songwriting “voice.” However, at some point it can be incredibly liberating to get out of your own way and simply trust that your first idea or instinct might be the best. You don’t have to do this every time but try it next time and see what happens.

3. Say “yes” to a collaborator’s suggestion that is out of your comfort zone

Sometimes our resistance to a co-writer’s suggestion comes not because the idea is necessarily a bad one but because we’ve never thought to try that idea ourselves. Before you reject a co-writer’s idea next time, ask yourself if your discomfort comes from never having taken that approach before. If that’s the case, why not try and go somewhere in your writing that you’ve never been even if it takes you out of your comfort zone? This is actually a great way to learn new writing techniques and surprise yourself by writing something you’d never have written on your own. Even though it can be a bit uncomfortable, this is one of my favorite benefits of co-writing. 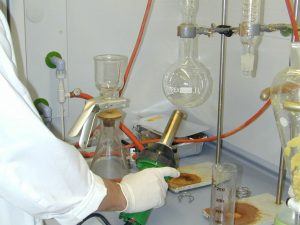 4. Have a goal of finishing your song in one session

If you’ve never written a song in the space of a few hours before, the idea of finishing an entire song in one co-writing session may seem absurd. However, there are some significant advantages in going into a session with a finished song as a goal. First of all, you’ll stay more focused on the task at hand. Secondly, you’ll be less likely to edit too harshly while you’re writing which is great for maintaining the flow of a session. And, finally, you’ll get the creative adrenaline rush of going from zero to full song in a few hours which can be really motivating. Also, don’t forget there will always be time for editing and tweaking later. Go for it.

If there’s an underlying theme to this post, it would have to be that you should try writing a song while staying out of your own way. So often it’s our self-doubt and over thinking that act as the enemies of our creativity. By applying some of the tips I’ve suggested above, you stand a much better chance of setting your songwriting process free and letting it blossom into something you’ve never seen before. Besides, what’s the worst that can happen? You write a mediocre song? Hit songwriters write those too.